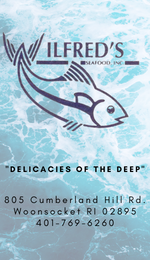 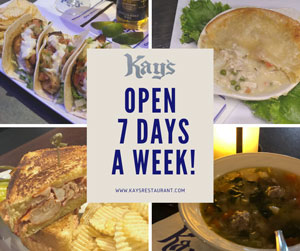 Early morning, night, weekend and holiday service will not be impacted

Providence, Rhode Island, September 29, 2022… Facing an unprecedented labor shortage, the Rhode Island Public Transit Authority (RIPTA) will temporarily reduce service frequencies beginning Saturday, October 22, 2022.  While RIPTA regularly makes service adjustments three times a year in response to seasonal changes and/or passenger use, this round of changes is directly related to the agency’s struggle to competitively recruit new drivers in the current marketplace.  RIPTA will not be eliminating any routes, and the agency plans to reinstate service levels as they are currently scheduled as soon as manpower permits.

Please note that early morning, night, weekend and holiday service will not be impacted. Details on the proposed changes are available at RIPTA.com/ServiceChanges. Temporarily reducing service to match RIPTA’s current staffing levels means that riders will encounter fewer canceled trips as the agency will be able to run service truer to schedule.

“In Rhode Island and across the country, there is a shortage of staff necessary to maintain daily transportation services. RIPTA is facing fierce competition from higher-paying private-sector companies for commercial drivers,” said Scott Avedisian, RIPTA’s Chief Executive Officer.  “As a result, this is causing a disruption for our customers in daily fixed-route bus service.”

RIPTA is currently in negotiations with Amalgamated Transit Union (ATU) Division 618 (which represents RIPTA drivers) to increase starting hourly pay for van operators in an effort to become more competitive in the marketplace.

“Our goal is to always move transit forward. Reducing service is the last thing that we want to do as a transit agency,” said Avedisian. “Unfortunately, the unprecedented labor shortage we are experiencing due to unforeseen impacts of COVID, coupled with eligible retirements make moving forward a challenge.”

Avedisian added that RIPTA’s ambitious Transit Master Plan calls for service expansion “but we cannot continue to expand service if we do not have the manpower necessary to maintain even current service levels.”

In addition to the temporary service reductions, RIPTA will also implement annual changes which include trip time adjustments to Routes 13, 29 and 67. In addition, a trip time will be added to Route 54 (Lincoln/Woonsocket), and Route 92 (East Side/ Federal Hill/ RI College) will now serve Governor Apartments.

The following routes will be affected by temporary service reductions and/or fall service changes:

Passengers are strongly encouraged to check new schedules to understand how service changes may affect them.  They may also pick up the leaflet entitled Fall Service Changes Effective October 22, 2022 that is available at Kennedy Plaza and the Newport Transportation Center; the leaflet is also viewable online.

Remember Bid on the Phone but watch here:  LIVE on O-N TV

Voters in Georgia will head to the polls tomorrow to decide the runoff election in the state's Senate race. Recent polling shows Democratic Senator Raphael Warnock has a narrow lead over Republican challenger Herschel Walker. Early voting wrapped up in Georgia over the weekend.

&nbspThe COVID-19 vaccine mandate for military service members will remain. White House Press Secretary Karine Jean-Pierre said President Biden is in agreement with the Defense Secretary that the mandate should stay in place. Republican lawmakers have threatened to delay the passage of the annual defense authorization bill if the mandate, which was put in place last year, is not rescinded.

&nbspThe market is closing lower as traders fear the Federal Reserve could steer the economy into a recession with its monetary tightening. The Fed will meet next week and is expected to announce another rate hike at the end of its two day meeting. At the closing bell, the Dow lost nearly 500 points.

&nbspTampa's top cop is off the job. Police chief Mary O'Connor submitted her letter of resignation after body camera footage showed her flashing her badge and asking to be let go from a traffic stop in the Tampa Bay area. Tampa Mayor Jane Castor called it "unacceptable" for any public employee, especially the city's top law enforcement leader, to ask for special treatment because of their position. 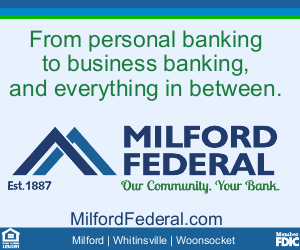